"It is with profound sadness and deep regret that the Malverne Police Department announces the sudden and tragic passing of Sergeant Thomas J. Winters on July 3, 2021.

Tommy proudly served the Village of Malverne Police Department for over 21 years rising to the rank of Sergeant after a distinguished 13 year career with the NYPD serving in the Housing Police Division as the delegate of PSA 9 in the Ravenswood Satellite Post. This dedication to protecting those Officers rights that he worked with shaped his future as the President of the Malverne Police Benevolent Association for over 10 years.

In addition to Tommy’s dedication to protecting the public in his capacity as a Law Enforcement Officer, Tommy was a lifelong member and Firefighter of the Elmont Fire Department’s Truck Company Number 1.

Another of Tommy’s passions was the Lynbrook Roller Hockey, where he served as Coach, Board Member, friend and mentor to all.

As anyone who ever had the pleasure of crossing paths with Tommy will attest to, Tom was the “go to guy” when things needed to get done! There was never a task too large or too menial for Tommy to tackle, and he did so without any fanfare or complaining.

Tommy was also an avid NY Rangers fan, golfer and boater but his biggest joy in life was his family! His two sons, Brian and Christopher, and two daughters,Megan and Kelsey, were the light of his life and though Tommy was a private person he always let us know the latest and greatest things his kids were doing. Throughout Tommy’s adult life full of ups and downs, twists and turns he had one constant, his wife Julie who was his biggest fan, supporter and best friend.

At this time arrangements are still being made and will be announced when completed. Please keep Tommy, Julie, Brian, Christopher, Megan, Kelsey and the Winters family in your thoughts and prayers during this time. 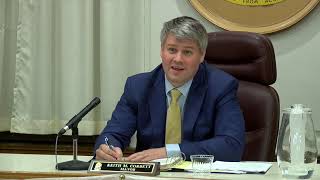 Shoutout from the Mayor